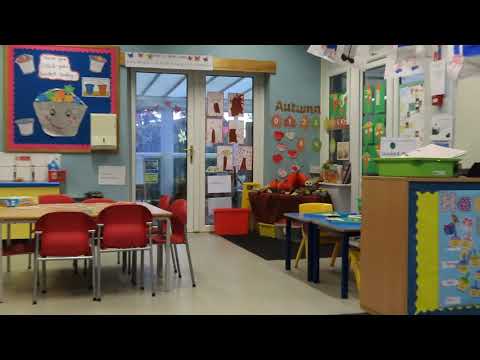 Although most of you will find this redundant, but I've found myself absolutely lost when i first came onto this forum. Even though i had a bit of prior experience with phone game lingo, it still took me a month after i joined this community to get what you guys are saying.
Note: Use Ctrl+F to search for a specific term.

Gacha: Refers to the lottery system, and also the genre of mobile game that is built around said lottery as its primary way of generating revenue. A form of gambling. Roll/Rolling: Refers to a pull on the gacha. 10 roll: A 30 Quartz roll. Single/Memeroll: A single roll. Some advocate the practice of only doing single rolls, on the belief that it will yield better results. Reroll: Refers to the practice of continually uninstalling and reinstalling the game to take advantage of the first free 10 roll to get a specific Servant or combination. YOLO roll: An impulse roll on the gacha. Usually used when one brags about a rare Servant falling into their lap from a lucky roll.

Limit Break= When a Craft Essence is leveled up 4 times, achieving increase effects and higher level cap.
(Why aren't we calling each "level up" a limit break? Wouldn't it make more sense to call each level Limit break? e.i. LB0,LB1,LB2,LB3,MLB[Max Limit Break] You're literally "breaking the limit" for the maximum level cap.)

Zasshu = Mongrel, a phrase used by Gilgamesh to refer to everyone else. Umu ≈ Mhmm("umu" does not really have a direct translation), catchphrase used by Nero Claudius. Good/Bad Civilization, is a phrase coined(unconfirmed) by the Fate/Grand Order comic page "Learning With Manga". Used by Atilla the Hun/Altera before she uses her Photon Ray sword (Which looks like a Popsicle) to destroy "the civilization". Among fans it's generally used as a joke to describe when something is good or bad. KIRA KIRA KIRA KIRA KAGAYAKU NO, Sparkling, sparkling, shiny. This phrase is used by Marie Antoinette before she uses her skills. This is in reference to her AI spamming Beautiful Princess back before invincibility piercing was added into player skill sets. Oppressor, used by Spartacus to describe any enemy he encounters. His madness enhancement causes him to attack anyone he perceives to oppress others. Golden, Used to describe Kintoki and his facination for anything golden. Yorokobe shounen, Rejoice Boy, is used to bitterly refer to getting Black Key CE from rolls. Now used either as a humorous way to congratulate somebody else's rolls or to describe really bad rolls. Spook, when a player gets a gold servant one is not after, several times. This is sometimes referred to obtaining Black Key CE's. Welfare Servant, servant's that can be obtained for free from events. E.i. Saber Lily. KOTR, is the acronym for Knights of the Round (Table)

Gudako: Protagonist(Female), Fate/GrandOrder. Combination between Gurando Oda (Grand Order) and "ko" is a common affix for a female. (Ripped straight from here) Gudao/Ritsuka Fujimaru: Protagonist(Male), Fate/GrandOrder. With the confirmed name of Ritsuka Fujimaru from the movie adaption Fate/Grand Order:First Order. Intern-kun: Intern-kun is to blame for typos and errors on the Japan Servers. Gajintern-kun: Gajintern-kun is to blame for translation errors and English typos in NA Servers. TM: Type-Moon, the circle who wrote the original Fate works. Mushroom: Kinoko Nasu's, the main writer for the Fate franchise, nickname in the Type Moon franchise is "Mushroom" occasionally "Mushroom Wizard" (which is why there are flying mushrooms in that Illya's Castle game the VAs played during Carnival Phantasm). His avataimage is normally shown to be a yellow and green mushroom. Takeuchi: Takashi Takeuchi, the artist responsible for most of the original designs.

SabeAltria Face: This is a nickname given to multiple servants that are drawn by Takeuchi.(E.I. Jeanne,Shiki,etc) His template-style facial features that makes every character he draws hold a "Altoria" face. Jalter: Jeanne D'Arc(Alter), found in the Orleans Singularity. A shorted name between "Jeanne" and "Alternate". Salter: Altoria/Altria Pendragon (Alter), found in the Fuyuki Singularity. A shorted name between "Saber and "Alternate". Salter can also be referred to the Santa Artoria Alter (Rider), from the JP Christmas event. Jailter: Jeanne Alter Santa Lily (Because of the Loli status). Nasu himself also refers to Jeanne D'Arc Alter Santa Lily as "JDASL". Mentioned in a "Nasu Diary" translation posts. LAlter: Artoria Pendragon Alter (Lancer) Tituria: Artoria Pendragon (Lancer) Archuria/Asstoria/Squirtoria/Saber Archer: Summer Artoria Pendragon (Archer) Chichiue: Altoria Pendragon. The romaji for "father" in a casual sense. This is usually used by Mordred to address her father in fanart/Fluff posts. Moedred/Moe-san: Mordred. An endearing nickname for the character, the origins may come from the cute depictions between Mordred and Altoria. Moedred is preferred among the English-speaking community while Moe-san was more common in the Japanese community. Mode Red: Mordred. Used to describe Mordred's general color scheme. MXH: Mysterious Heroine X MHXA/Xalter: Mysterious Heroine X Alter

Umu: Nero Claudius, Emperor of Rome."Umu" is a cute catchphrase that she uses often. Fans have found this phrase cute and often identify her by it. AUO: Gilgamesh, King of Hero's. "eiyuu ou" is the phonetic pronunciation of the Japanese romaji for King of Hero's. Waver: Zhuge Liang (Lord El-Melloi II). A pseudo-servant between Lord El-Melloi II(Waver) and Heroic Spirit of China's Zhuge Liang. ROMA: Romulus, Founder of Rome. His catchphrase of ROMA stuck more than his actual name. Regend/Savior of France: Sasaki Kojiro(Fate/StayNight). His effectiveness against the Rider-class Wyverns in The Orleans Singularity made him a really effective servant for clearing out the singularity. This began the phrase "'Dragons are just bigger swallows". His other nickname 'REGEND" came to be because of a typo in interlude,"REGEND OF SAMURAI". Although this has been corrected, the title stuck within the community. Bersercar, Bestzerker: Heracles(Carnival Phantasm/GrandOrder) Within the game(Grand Order), Hercules is known to be the Best(zerker) of the starter servants. His second nickname, Bersercar, is a reference to his ridiculous transformation in Carnival Phantasm.

CuLance Dog: Cu Chulainn, (Fate/StayNight and Prototype). His name literally means "Guard dog of Culann or Savage dog of Culann" after an incident in his legend. Furthermore he is a running gag in Carnival Phantasm, where he dies in every episode. Fortunately he is resilient as his legend states he is, boasted by the 5-turn Guts ability he's given in-game. Due to his great survivability he is jokingly called a "cockroach" by the players. Cuzilla: Cu Cu Chulainn Alter, for his godzilla-like appearance. Shishou: Scathach (Shishou is Jap. for "Master" and is refering to her being the Master of Cu) Brock: Fergus Mac Roich, this is reference to his "-_-" face which is similar to a character within the pokemon series. Furthermore his sword, Caladbolg, bears a striking resemblance to the iconic drill of the Gurren Lagann series.

Mumei/No Name: EMIYA(Fate/Extra). Mumei is the Japanese romaji for No Name. Because of his contract with the Moon Cell in Fate/Extra he became a Heroic Spirit with no name. Actually Satan: Emiya(Fate/UnlimitedBladeWorksAbridged). A reference to the nickname given to Emiya in BlazingAzureCrow's Abridged Series. Demiya: Emiya Alter, short for Detroit Emiya. A nickname coined by Tamamo Cat in the CCC event. Bob/ Bobmiya: Emiya Alter's JP nickname before Shinjuku release.

Casko: Tamamo-no-Mae (Caster), (Fate/Extra) Caster-ko = Caster girl, since her true name wasn't revealed when Fate/Extra was being promoted. The "ko" in Casko is written as キャス狐, with the 狐 character meaning fox, so it can also mean Caster fox girl. Mikon: Tamamo-no-Mae (Caster). Mikon is just Tamamo's verbal tick, a combination of Miko (shrine maiden) and kon (the sound associated with foxes in Japanese). Tama-MOG: TamaCAT, one of the Tamamo-Nine. Coined by user Atelier-Lynette in his/her MMM guide. Quote: "Some people have been asking me why I call TamamoCAT Tamamog. The reason is simple - Mog is a cat that has been immortalized in a series of children's books. Tamamocat is a... cat fox. Hence, Tamamog. It's easier to type, and is really just shorthand."

Sumanai: Siegfried, Saber of Black(Fate/Apocrypha). "Sumanai" is the Japanese romaji for sorry. This too, is a phrase that Siegfried often says. Furthermore, despite his invulnerability lore-wise, in-game he is a lackluster servant. When people roll him, he is the "I'm sorry you rolled me" and "I'm sorry I suck" disappointment. Trap: Astolfo, The Rider of Black(Fate/Apocrypha). Known as the series poster boy "Trap", a cross-dresser who fans lust at. Uncle Vlad: Vlad III, Lancer of Black (Fate/Apocrypha). Uncle Vlad came to be because everyone started calling him that since the first JP Halloween event where it is revealed that he sewed all Halloween costumes by hand. Fanart generally depicts Vlad as doting uncle-type character, kind of like this. Nyata: Atalanta, Archer of Red (Fate/Apocrypha). Combination between the stereotypical cat noise "Nyaa" and "Atalante" because of her cat-like ears. Cardboard-kun: Sieg, Main Protagonist(Fate/Apocrypha). Named cardboard because of his bland personality, equivalent to "a wet piece of cardboard".

Gramps: "The Old Man of the Mountain" King Hassan. Nicknamed such because of how he's portrayed in the line of comics made by ERRI Faber: Julius Caeser. This is a portmanteau between "Saber" and "Fat", referencing Caeser's plumpness. STELLA: In reference to both Arash's legend and Suicidal Noble Phantasm. SPARTA: Leonidas I. A reference to the famous phrase, "THIS IS SPARTA" from 2006 movie, 300. COOOL Caster: Gilles de Rais(Fate/Zero). Within the anime series, Gilles is often found enthusiastically spouting "SAIKO NO COOL" with his master. THICC: Scheherazade,Caster of Nightless City. The nickname THICC refers to her thighs and how her thighs are so thick that her jewelry is literally squeezing her. Mama: Minamoto no Yorimitsu, Raikou. A berserker that retains her intellect, but her Madness Enhancement has manifested in the form of a "bizzare maternal love". Players call her mother for that reason. Ozzy: Ozymandias. Abby: Abigail Williams. Iba-chin: An endearing nickname for Ibaraki Douji. Leomon: Thomas Edison, for his ridiculous appearance. Riceman: Tawara Touta, in reference to his [Bale of Inexhuastibility] and his infinite rice supply. dogo: Avenger of Shinjuku for being a "FLUFFEH DOGO" Angry Manjew: Angra Mainyu(Fate/HollowAtaraxia). The nickname stems from his backstory in the religion of Zoroastrianism. A ordinary villager turned human scapegoat of his village, he was ritualistically tortured under the belief that he would absolve the village of their sins. Paralleling the strife's and ostricizations of the Jews through history. Upon his summoning as a servant he manifests as "All the Evils in the World" who's sole purpose is to bring the destruction of humanity.

William Blakespeare,666 cyphers, The man in black and

Christmas Concert with year 6 leavers singing Geronimo and they carried on when the music failed! Students from St Mary’s RC Primary School in Sunderland will be taking part in the region’s biggest mass participation art event this year, thanks to one of ... Welcome to the official YouTube channel for St Mary's School! A welcome video by Mrs Clare Hill - Headteacher, introducing our school to new starters and new parents. A virtual tour of our Class 1 indoor and outdoor areas. Arran at his sports day. 31/5/13. As part of our Linking School Programme we spent time with Lowerplace Primary School and St Mary's Primary School exploring our borough, where our journey ha... Galina Primary and Infant School is located in St Mary, Jamaica (Caribbean). The school is situated just south of Galina Point and north of Port Maria. The s... St Mary’s Catholic Primary School Erskineville is a school for all children. We know every student individually and provide extensive opportunities for all c...